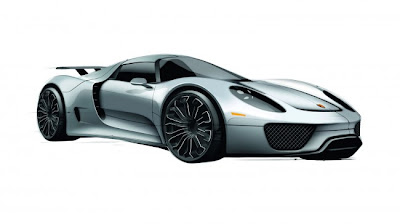 Porsche 918 Spyder is to be the plug-in hybrid model from the Stuttgart automaker. The car has yet a couple of years to go before it turns into a reality. However, that hasn’t stopped the car maker from coming up with the price details of the car. And with that done, Porsche is already started with what can be termed as the next logical step – accepting pre-orders for the car.


For the US market the price has been set at $845,000 which at current conversion rates is equivalent to €598,000. For the European market, the car is priced at €645,000 which converts to $911,400. This cost does not include handling and destination charges as also VAT as would be applicable by region. Makes this the costliest car as on date.

The company however is offering the rights to purchase their new special edition version of the 911 Turbo S Series for those who place orders for the 918 Spyder now.

The Zuffenhausen plant in Germany that belongs to Porsche is the site where production of the 918 Spyder would commence from the 18th of September 2013. There would be just 918 units of the model made and delivery would be affected as per roster of order received.

The concept version of this car had been put up on display at the Geneva Motor Show and the production model is also expected to be near about on the same lines. There is however the full open top idea that is being shelved to be replaced with a manual roof system. There would be provision to stow the roof panels in the front luggage compartment. There is also the addition of exterior mirrors and there are no side exhaust tail pipes visible in the production design sketch
« Prev Post Next Post » Home